What is FEAR and How To Overcome It 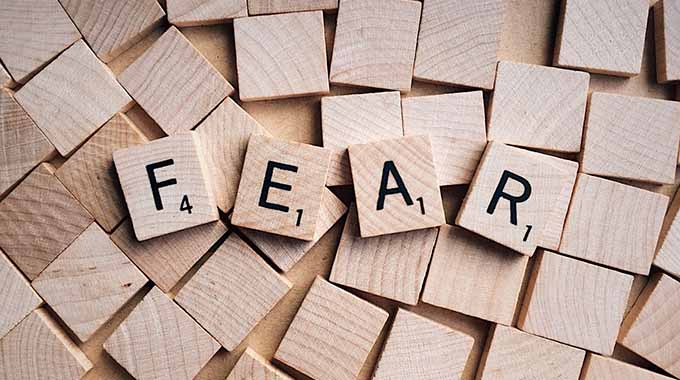 In most cases, our fears are not related to physical danger, they are internal fears – fear of failure, fear of success, fear of judgment, fear of rejection, etc.

‘Evidence’ implies that there is validity to your fear, that facts support it, but in most cases, there is no evidence; the fear is in your mind, it is imaginary.

‘Expectations’ are thoughts about what might happen in the future, which again are products of our imagination. They aren’t real.

Fear is a great tool to alert us to the possibility of a negative outcome, but if we continue to focus on the fear we often manifest that negative outcome. Fear can paralyze us and stop us from taking action to prevent the situation that we fear from occurring. It’s the ‘deer in the headlights’ response – which means you are so frightened or surprised that you cannot move or think.

I saw a quote several years ago that I love – “Danger is real, fear is a choice“.

Working with horses taught me so much about fear because as prey animals horses are great examples of how to use fear to spring into action to escape from danger. Their response is ‘fight or flight’. They don’t dwell on the source of their fear, they do whatever is necessary to avoid the danger.

I have always been led to work with horses that have fear and confidence issues. My greatest teacher was my Andalusian (Spanish) horse who had an emotional breakdown and became extremely dangerous to ride. I chose to rehabilitate him and by doing so I learned to not only deal with his fear issues but also with my own fear.

Many times I was in real danger of physical injury because his fear made him extremely reactive and prone to rearing. I learned that if I responded to his fear by becoming fearful myself I would just make the situation worse and risk serious injury.

So, the danger was real but I chose not to let fear overcome me. Instead, I would focus on calmness, quieting my energy so that he became reassured and gained confidence from my response. With practice, I was able to switch my attention in an instant from the danger to the outcome I wanted. I would visualize him being calm and under control, which calmed him down and prevented a disastrous outcome. If I had let my imagination run wild with fearful thoughts of being injured or worse it is highly likely that would have been the outcome.

The example above relates to how you can respond to physical danger but it applies just as much to our internal fears.

Think about how you respond to fear. Do you dwell on your fears or do you use your fear to alert you that you need to do something to prevent that fear from manifesting into reality?

Whether it’s fear of failure, fear of success, fear of rejection or some other fear, learn to switch your thoughts to the positive outcome that you want. Visualize the ideal scenario that you want to manifest. Imagine what success will feel like to you. Instead of focusing on rejection, imagine that you are appreciated and celebrated.

Practice this every time you have a fearful thought or feeling. When you are in control of your thoughts and feelings and focus on solutions instead of problems you become a master of manifestation.