There’s a Gift in Everything 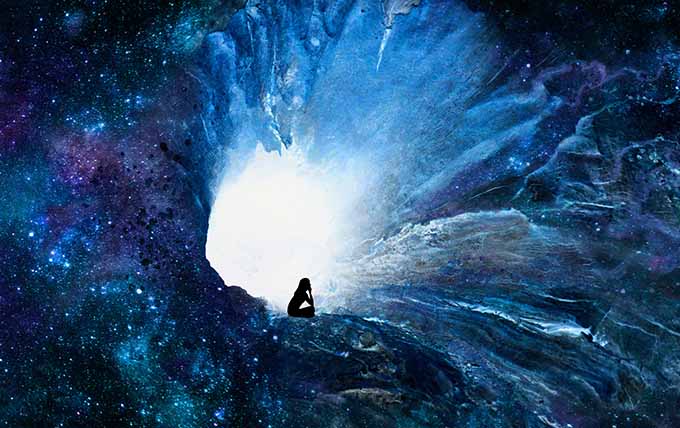 Do you ever feel that your life is surreal?

I have felt that way many times over the almost 20 years since my awakening, and last month was no different. 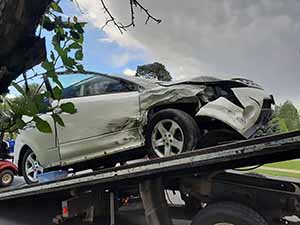 On July 6th I was driving back from Durango, Colorado to Bayfield and just as I was passing a car parked in a little pull-in area on the shoulder, the driver put his foot down to pull out and crashed into the side of my car, pushing me into the other side of the two-lane highway. Thank God there was nothing coming the other way, or I may not be here to tell the story.

I always trust in God/Spirit to protect me because I have experienced that divine protection many times.

Thankfully no-one was hurt. I experienced a little bruising on my right side from the seatbelt but that was all, although I am seeing a chiropractor in case there are any whiplash effects.

The other party’s insurer accepted liability immediately. My car was a write-off and personal injury and property settlements were quickly agreed. The challenge was that when a car is a total loss, you only get 5 days of rental car coverage from the date of the settlement agreement, so the challenge was to find a suitable replacement car within a very short time when used cars are in great demand.

My search for a new car

I set out on my search on July 12th which was only two days before my car rental coverage expired. The first dealership I visited showed me a number of cars, but they had to be the right one for my dog as well as me! 🙂 I rejected several before test driving the one that seemed to tick all the boxes, and it drove really well.

I already had an appointment at a second dealership so although I really liked the car I wanted to view some other cars I had seen online before making a final decision. When I arrived at the dealership they only had one of the three cars I wanted to view, and I didn’t like that one so I moved on to the Nissan dealership (my wrecked car was a Nissan Murano, which I loved and thought I might be able to get a replacement). The salesman showed me several cars in my price range but none of them were right.

I just KNEW that the first car I’d tried was THE ONE so I drove back to the first dealership to buy the car.

I drove up to the show room and the salesman who had helped me earlier came outside looking rather glum. I opened my window and he walked up and I said “you’ve sold me on that car”.

He replied “I’m really sorry, but someone came after you and bought the car. It’s been sold.”

The salesman, Matt was his name, said he had another one that had just come in. It was more expensive because it was newer, but would I like to look at it? It was more than I wanted to pay, but I said “OK, I’ll look at it”.

He went off to find the car and about five minutes later drove back and parked next to me. He got out of the car and said “The deal fell through. The buyer didn’t like the interest rates on the finance, so the car is yours if you want it”.

It proves that what you FEEL is meant to be will manifest.

I went into the office to sign the paperwork and pay the deposit. Now all I had to do was get the payment from the insurance company to my bank account in time to pick up the car two days later.

I had already successfully received the personal injury payment to my debit card a few days earlier. By using that method, the payment was received immediately, but when I tried to do the same with the property settlement amount (which was much larger) I kept getting an error. The other method was to use the bank transfer method, but that could take up to three days and I needed the money in my account within two days to be able to pay for the car. I called the insurance company again and I spoke to a very helpful person, but I still couldn’t get the payment to work and realized I would have to call my bank the next morning. 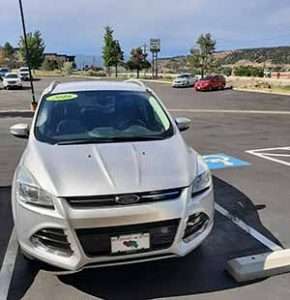 The next day (the day before I was due to pick up the car), I called my bank and it turned out that the amount I wanted to transfer from the insurance company to my debit card was over the limit of what was allowed, and it couldn’t be increased. That was why it kept failing the night before.

My only option was to use the bank transfer method and hope that it came through in one day, not three days. I also had to transfer money from my UK bank account, so I set the intention that both payments would be in my bank account the next day.

Sure enough, when I checked my account the next morning, the money was there, on time. Of course, again, I thanked, God, Spirit, Angels for taking care of me.

Everything had manifested perfectly.

Apart from a few moments of frustration with the insurance companies. I had stayed neutral and relaxed throughout the process. When I say neutral, what I mean is I accepted what had happened and didn’t resist. I just dealt with what needed to be done expecting everything to work out perfectly, and it did.

When you evolve into being the observer of your experiences, in other words being in the world but not of it, you experience life very differently.

It’s not something that happens overnight, and it requires commitment and self-discipline to be able to achieve that state of consciousness, but boy is it worth it, as my experience proves.

I titled this article “There’s a gift in everything”, and in fact there was more than one gift:

I have had many challenges in my life, and even in what seem to be disastrous circumstances, I have always discovered the gift.

And so, the biggest gift is KNOWING there will be a gift, because your attitude towards problems is so much more positive than if you only focus on the problem itself, and that’s how you manifest the perfect outcome, every time.

I also asked if you feel like your life is surreal. One definition of surreal is that it means fantastic, and it is!

When you operate in a higher vibration and live in a world of energy and manifestation it does seem surreal because it is SO different from what we were brought up to believe is reality. And it’s much more fun. It’s like living in an alternate reality and I love it!!