How to Live from Your Heart 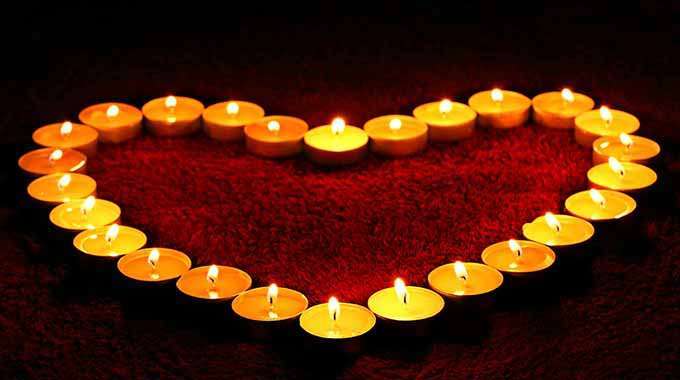 For years I lived in a totally left-brained, head focused world. Although female by gender I was ruled by male energy – logic, action, analysis. I even did a psychometric test in my corporate days that confirmed this. At the time I had no understanding of the Divine Masculine and Feminine and felt that male energy was needed to be successful in the world.

I began my awakening and spiritual journey in 2004 but it wasn’t until 5 years later in 2009 that I had my true spiritual awakening when I was touched by the Divine and my intuition was switched on. It was the beginning of a completely new phase in my life which manifested in my internal and external worlds. I put my intuition in control and remember feeling that I had Divine hands on my shoulders guiding me down my new path.

In 2010 I made my major shift by moving from the UK to the US to fulfill my new Divine mission, given to me in a meditation, which was to organize The Festival of Enlightenment – a 7-day event held in Estes Park, Colorado in June 2011. I knew I was being guided, not only to complete my mission but also on a journey of phenomenal personal growth. I knew in my heart I had to complete this mission and had to overcome all obstacles along the way.

Eight years later I still hold the intention to allow my heart/intuition to lead me and make my logic the servant, not the master but I must confess that sometimes old habits kick in and I let my head take over. It’s not really surprising because we’re so conditioned to believe that the head is the power center, whereas more and more evidence is coming to light that our power lies in our heart.

The reason I’m writing this post is because I was reminded of the power of the heart when I interviewed Carol Fitzpatrick, seer, empathic intuitive and guide, on the Cosmic Creating Radio show on Cosmic Reality Radio. I first met Carol when I was organizing the Festival of Enlightenment and Carol and her team played a huge part in making the Festival such a success. It was during the interview with Carol that she reminded me that activating the heart and consistently living from the heart is essential for our ascension.

In the first half of the radio show, Carol shares her powerful story of how she went through her dark night of the soul to reawaken her spiritual gifts and embrace her mission to activate light on this planet. In the second half of the show, she shares her messages from spirit about the ascension process and at one point her guides join in with a message for us all.

Here’s the recording of the radio show which includes much valuable information for those of us on the ascension path.

After interviewing Carol, I decided I needed to do more work on myself to fully activate my heart and make living from the heart my default state of being, so I looked for heart activations on YouTube to help me.

If you need help to live from your heart rather than your head, I’m sure you’ll love these activations which carry the frequencies of love and DNA repair, as well as powerful images to help in the process. I chose the shorter versions to make it easy to fit them into your busy schedule.

Please share your experiences, challenges, successes and the impact of living from your heart rather than your head in the comments.

The heart is where LOVE, the ultimate power of the Universe, originates and as the famous quote (attributed to Jimi Hendrix) says:

“When the power of love overcomes the love of power the world will know peace.”